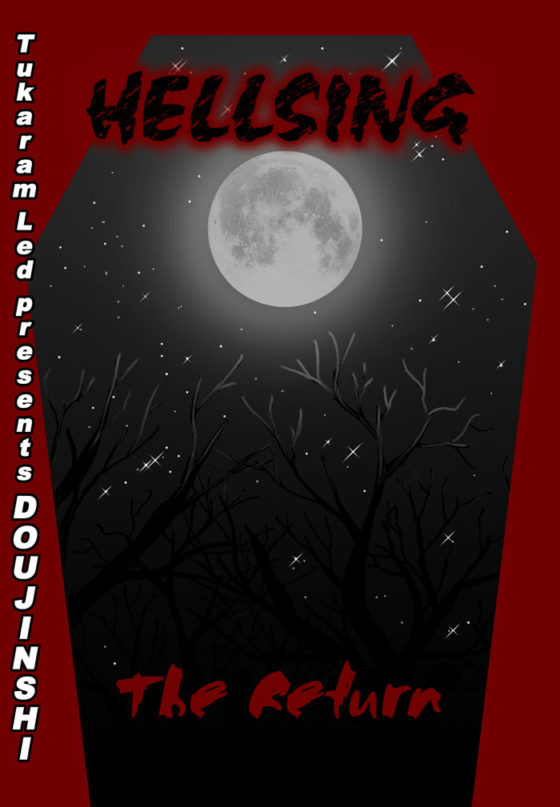 Hi!
This is my first Hellsing doujinshi, so don’t be rude to me. I’m not sure I translated it well, especially sounds (I found some Sound collection online with Japanese, English and Russian sounds and I used it to make my comic). If there are any mistakes, tell me about it.
What is it about: You’ll understand it only if you read all manga (watch chapters 73-74) Hellsing and The Dawn. The idea came from discussions on HellsingUniverse forum and the first page (Magic Kick) of this doujinshi was posted there. People asked me to draw more and I drew more.
Mr. Coffin washed Walter’s brains and the butler is again with Hellsing. No, Walter is still a vampire and he is angry because the brainwash was too painful. Poor mr. Coffin. D=